I’m thrilled to announce I’m currently in full preperation for a new big challenge. I’ll take three months off from work, and travel to New Zealand in mid-december for a thru-hike and -packrafting expedition along the alpine watershed of the South Island through Austral summer.

NZ’s South Island is – together with Patagonia – an obvious choice for a long hiking and packrafting expedition in the Southern Hemisphere. Altough some sections could be a bit more crowded, I’ve picked NZ because of the relative ease to organize practical issues like food drops compared to the sparsely populated expanses of the extreme Southern Andes. I started preparing this trip more than a year ago, and am now meticulously working on the last details.

I’ll write a few posts about my preperations in the coming weeks. The first one will be about my itinerary. Almost all pictures embeded within my text are copyrighted Southern Alps Photography.

My route choice has been a studious and painstaking work again. Rather than following the well-known Te Araroa trail, which cross-cuts the island but mainly remains well east of the watershed, I’ve tried to draw a line from north to south combining daring off-trail sections through the Southern Alps, trodden and well-known DOC walks like the Queen Charlotte Track and the Routeburn Track, sections with some huts and shelters in the damp temperate rainforest west of the watershed, and packrafting sections on lakes and endless braided rivers. The main idea is to pick a route as spectacular and varied as possible, but also balanced enough to allow my body and mind some rest and recuperation on easy sections every now and then – thus bypassing some equally outstanding scenery. Trying to do ‘everything’ – and hiking difficult and long stages day after day without a chance to let things sink in and recuperate – has been the main error I have made while planning very long hikes during the first part of my hiking career. My time schedule is less Spartan than during my Transscandinavia trip in 2012, and should allow me to make some detours or climb a summit or two when the scenery and conditions are inviting.

Overall, this traverse is the most complete trip I have ever planned in terms of terrain variability. I’ll carry an ice axe and a packraft with me at the same time to demonstrate that. The walk will include world-class fjord landscapes, vast open valleys, dense rainforest, and forgotten passes in highly alpine terrain; I’ll paddle on massive braided rivers, through deep canyons, and across large lakes. Although I’ll avoid potentially dangerous sections as much as possible, I will be the one trip in which I will have to combine all my knowledge and expierence, but also the one that should reward me with jaw-dropping scenery almost every single day. I intend to cover almost the entire distance alone, making it by far the longest solo adventure of my life. 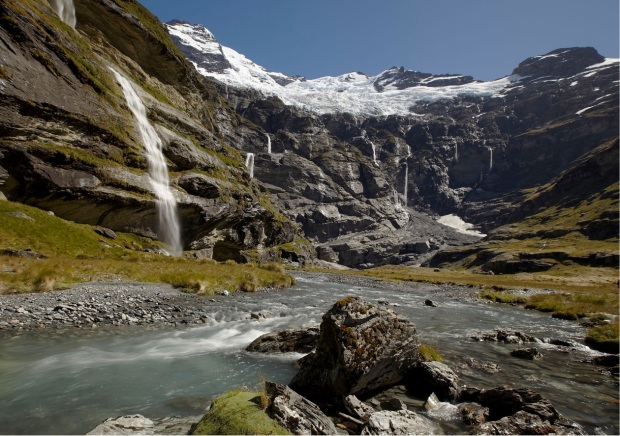 Earnslaw Burn Valley – a walk worth a detour! (picture: http://www.podas.info)

I’ll travel to NZ together with Elien in mid-december. We will rent a car for three weeks and drive around the island, combining daytrips and a few short hiking and packrafting tours in parts of the island where I will not pass during the walk itself. This will allow us to get rid of our jetlag, and get fitter (it’s hard to train with a full-time job in the short and humid winter days of Northwest Europe). On the road, we will drop 7-10 food drops I will pick up during the walk.

A few days after New Year, we will start our traverse on the well-known and crowded Queen Charlotte Track, one of New Zealand’s so-called ‘Great Walks’. Elien will leave me and fly back to Belgium just before I cross over to the Richmond Range. I will complete the remainder of the trek solo. The Richmond Range includes long ridgewalks, which will become ever more alpine as I approach the real mountains. The Travers Range should offer the first big views of the trip, with alpine passes and the possibility to climb a few nice summits.

After that I’m set for what I expect to be the least interesting week of the trip, mainly through wooded valleys and across the watershed until I reach Arthur’s Pass, where I will have another resupply before climbing higher into the mountains.

This album of thru-hiker Matthias Kodym gives a good idea about the first part of the walk, which follows the Te Araroa trail on many sections. It should take me about 24 days to complete. 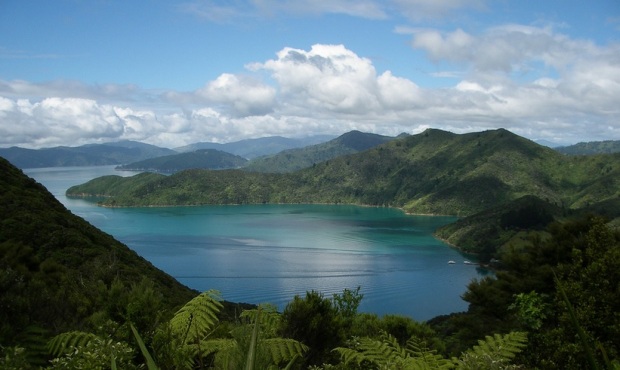 Queen Charlotte Sound at the very start of the walk (picture: http://www.rankers.co.nz) 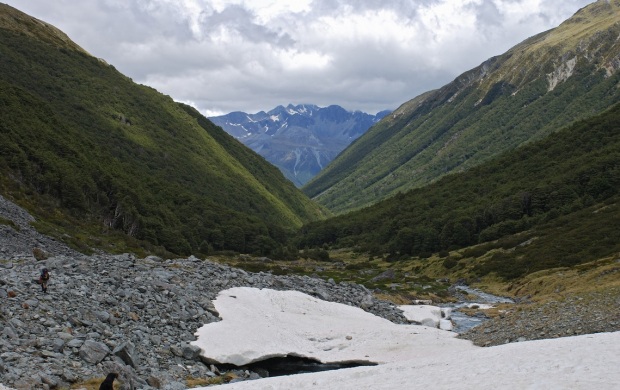 Typical scenery on the way to Arthur’s Pass (picture: http://www.southernalpsphotography.com)

I will wave the Te Araroa Trail goodbye near Arthur’s Pass and tackle less trodden trails through the mountains west of the watershed, with a few alpine passes – where I will take my ice axe in case I encounter lingering steep snowfields – and harsh sections through the damp rainforest along cristal clear rivers, in an area which receives about 5000mm of rainfall throughout the year. I guess I’ll be happy there’s quite a few shelters on this part of the walk! I could avoid this ‘bad weather section’ by staying east of the watershed, but I think such a section should be a part of any South Island crossing.

I’ll cross the watershed again at Whitcombe Pass and the landscape will change dramatically, with massive rivers braiding through vast valleys at the eastern foothills of the Southern Alps, now with large glaciers draping almost every major summit. It will be a challenge to find a wading spot across the main tributaries of the Rakaia River before crossing the Jollie Range via Buttlers Saddle (see first half of this album)

I will pick up my packraft at Erewhon station, immediately paddle across the massive Rangitata River, and then make a long and daring 7-day traverse of the Southern outskirts of Mount Cook Range across 4 high passes, all of them entirely off-trail. It will be one of the hardest bits of the entire traverse, but one which should reward me with world-class views. No link here, you’ll see some bits later! I’ll be rewarded with a float down New Zealands most mighty river, the Tasman, and a float across turquoise Lake Pukaki with Mount Cook in the back. I’ll have been on the trail for about 6 weeks at that point.

Part 3: Lake Pukaki to the Pacific

As the mountains become a bit less alpine further south, I’ll start adding packrafting sections on the rivers (Dobson River, Ahuriri River, Hunter River) to the trip, with hikes high through the Ben Ohau an Barrier Ranges to link them. The scenery should remain stunning throughout (check out another cracking album at the Southern Alps Photography website).

Long flatwater packrafting sections on the Hawea and Wanaka lakes will guide me towards yet another jewel on the crown of South Island’s mountain ranges, the Mount Aspiring Range. It should be yet another outstanding week through sensational scenery, and during which I will allow myself some time to climb a few summit it conditions allow. A long float down Dart River will take me towards the start of the second Great Walk I’ll hike, the Routeburn Track.

Once I’ll reach ‘The Divide’ at the southern terminus of the Routeburn Track, I’ve have about one week to go and things will start winding down towards the end as the mountains get lower during my off-trail crossing of the Livingstone Range. I’ll hike down towards the vast Te Anau lake, where I will inflate my packraft again and paddle almost 150km across the lake, down the Waiau River, and into the Pacific. 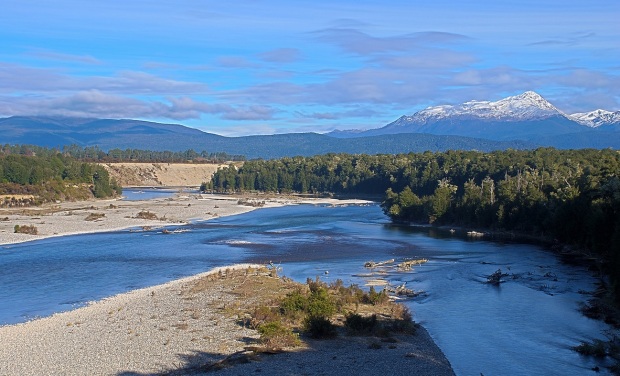 Waiau River, my highway to the Pacific (www.southernalpsphotography.com)

I estimate the complete traverse will take me 9 to 10 weeks. The total distance will amount to 1250km, including nearly 300km of packrafting and well over 200km of off-trail hiking on harsh terrain in the Southern Alps. This is – of course – just the plan. Weather and the unexpected will no doubt require me (or allow me) to make changes.

Willem Vandoorne © 2011-2015 Unauthorized use and/or duplication of this material without express and written permission from this blog’s author is strictly prohibited.
Loading Comments...
%d bloggers like this: